In April and July Lynne Hooper, our current President, spoke about the lives of the men who were involved in the discovery of the Brisbane River.

John Oxley, Surveyor-General of NSW and explorer was an interesting character and Lynne traced his life from when he joined the British Navy through to his early death at the age of 45 at his property “Kirkham” in New South Wales.

John Oxley was on an expedition to find the suspected large river in the Moreton Bay region and on Saturday, 29 November 1823, Oxley and his small party in the colonial cutter Mermaid anchored in the “Pumicestone River”, 150 yards from the shore, where Flinders had anchored 22 years before.

Within the group of natives running along the beach towards the vessel was Thomas Pamphlett, one of three men whose boat had been wrecked on Moreton Island some 8 months previously and who thought they were south of Sydney.   John Finnegan was rescued the next day while Oxley was told that the third member, Richard Parsons, was walking towards present day Noosa trying to find his way back to Sydney.  He was found the next year.

On hearing that the men had walked inland beside a large river, Finnegan joined the crew in the small whale boat and sailed south showing Oxley the way into the Brisbane River.

Lynne’s presentation in July was about the three Castaways – who they were – their crimes – their punishments and what happened to them after they arrived as convicts in Sydney.

Lynne drew on Chris Pearce’s book “Through the eyes of Thomas Pamphlett”, and convict documentation to elaborate on their lives in this very interesting time in Australia’s history.

Camera Views of Bribie Island
circa 1948 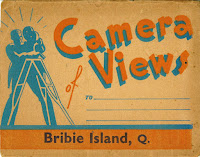 One of the items we have recorded in our historical database is a folder of 8 postcards with the title of Camera Views - Bribie Island.

The postcards were probably produced by Murray Views, Gympie, Queensland around the year 1948.  Some of the same scenes, in black and white, appeared in Souvenir of Bribie postcard folder the previous year.

Each postcard has a caption which describes the location of the picture as it was around 1948.  So not only can we see familiar island vistas as they were almost 70 years ago - we can also read what they were called at that time! 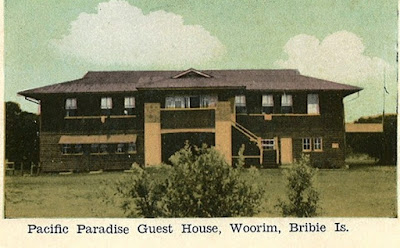 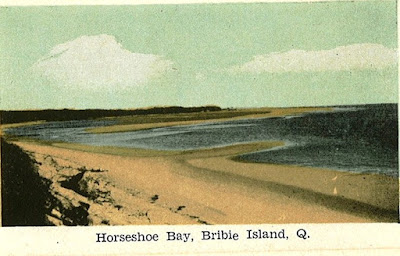 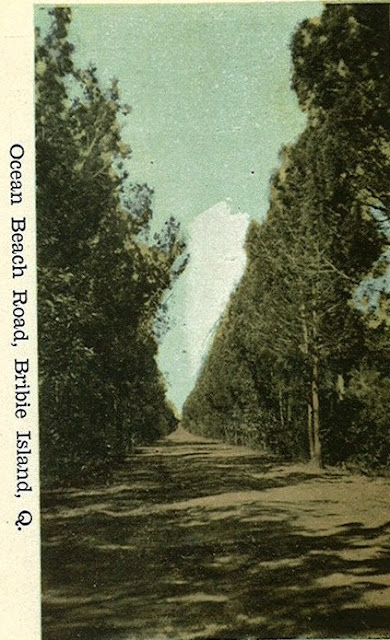 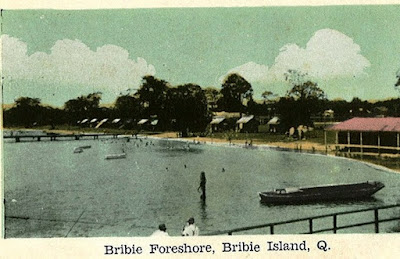 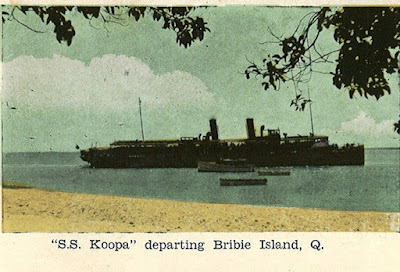 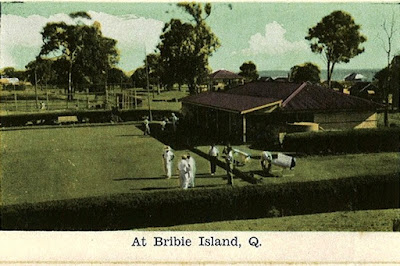 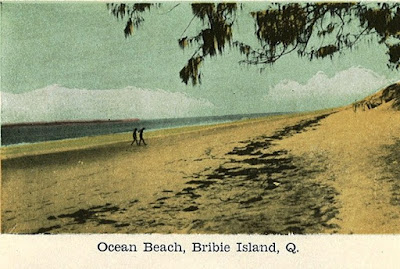 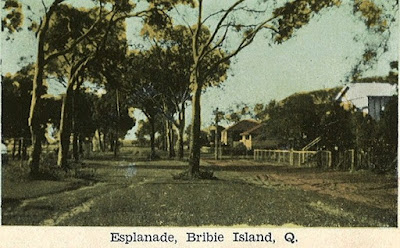 Acknowledgements
Murray Views, Gympie.
Posted by BIHS at 21:30 No comments:

Who Answered The Call

QANZAC 100 Project - "Who Answered The Call"

On 31 July 2015, two bronze plaques were unveiled at the little park at the end of First Avenue in Bongaree.  On these bronze plaques are the names of service men and women from Bribie Island and Pumicestone Passage who answered the call to serve Australia during World War 1 (1914-1918) and World War 2 (1939-1945). 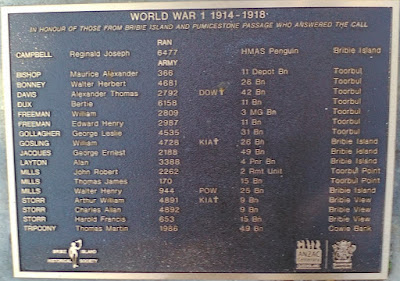 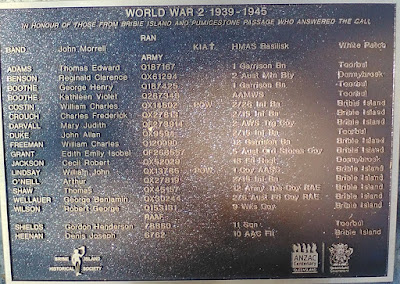 Memories of Local War Heroes
“If I had died there . . . I would be remembered”,
this statement says a lot about how we regard War service all these years later.

The Bribie Island Historical Society recognised that there was no specific memorial to those from Bribie Island and surrounding areas who had answered the call to duty in both World War 1 and World War 2.

Throughout this year 2015, the centenary year of ANZAC, there has been a great focus on the events of World War 1 (1914-1918).  A special fund was established for this purpose by the State Government for communities to initiate projects in remembrance of those who served.  A small grant was received by the Bribie Island Historical Society to enable research to be carried out to establish and commemorate the men and women from here who served in both Wars.

Initially it seemed that there were very few people from Bribie Island, Toorbul Point, Donnybrook [formerly Bribie View] and Pumicestone Passage who had enlisted, but as the research dug deeper it revealed the remarkable number of 18 men who enlisted from this area in World War 1.  Given that the population of eligible males in the area was less than 60 in those days, the impact on the community during the 1914/1918 period comes into stark focus. Of the 18 men, one went into the Navy and 17 in the Army, two were killed in action, one died of wounds, and one was taken prisoner of war.  The rest returned from the war.

During World War 2 (1939-1945) a total of 19 people enlisted from the much larger number of residents in the area by then, including three women, and one man who had also previously served in WW1.  Of these 19 local people who served in WW2, one was Navy and 16 were Army, two were RAAF; one was killed in action and two taken Prisoner of War.

The family names of these local heroes, especially those in World War 1 form a significant part of our local history.  Some of these names are reflected in local streets and place names today such as Campbell, Bishop, Davis, Dux, Freeman, Gollagher and Tripcony.  These were some of the families that pioneered the settlement and development of Bribie and surrounds back in those times.

Likewise with some of the World War 2 names such as Costin, Crouch, Freeman and Shields still have descendants living on Bribie Island. Of the three women who enlisted in WW2, Mary Duvall and Edith Grant were from Bribie Island, and Kathleen Boothe was from Toorbul.

In a moving ceremony last Friday at the memorial on First Avenue, Bongaree, Project Manager Graham Mills outlined the complex task involved in establishing the final list, and paid tribute to the Historical Society research and input from relatives.  Member for Pumicestone Rick Williams paid tribute to this initiative as did Councilor Gary Parsons.  Ray Sycamore from the RSL sub branch and Padre Colin Baxter paid their respects, and the two High School Captains laid wreaths.

Of particular mention was William Freeman who had served in both Wars and whose family descendants are still resident on Bribie Island. Long term resident Ted Freeman was then invited to unveil one of the Plaques and the other by Vietnam veteran John McGrath.

You can contact the Bribie Island Historical Society on bribiehistoricalsociety@gmail.com
By Barry Clark
[The above article was published in The Bribie Islander, no. 13, Aug. 2015, p. 19.]
Posted by BIHS at 21:35 No comments: